This method for Roasting a Half Chicken takes mere minutes and always results in juicy, tender meat. Fast & easy to prepare plus flavorful – that’s my kind of meal! 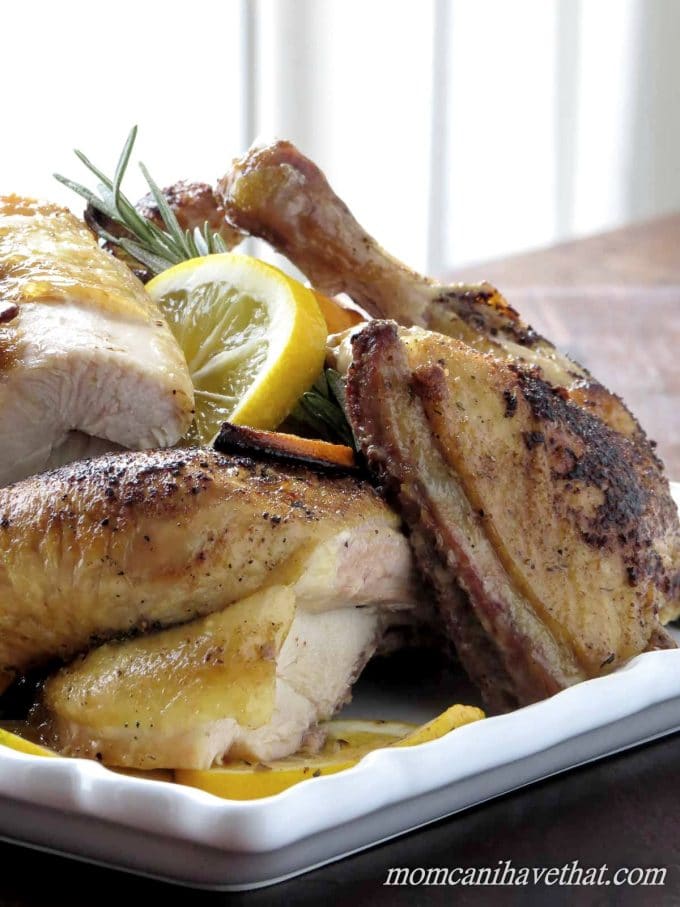 As I was telling my friend on Faceboook the other day, I love roasted chicken. To me, it is one of those things that screams comfort food. Part of it is that the house smells so amazing when it is cooking.

The whole process just grosses me out.

Enter the half chicken… 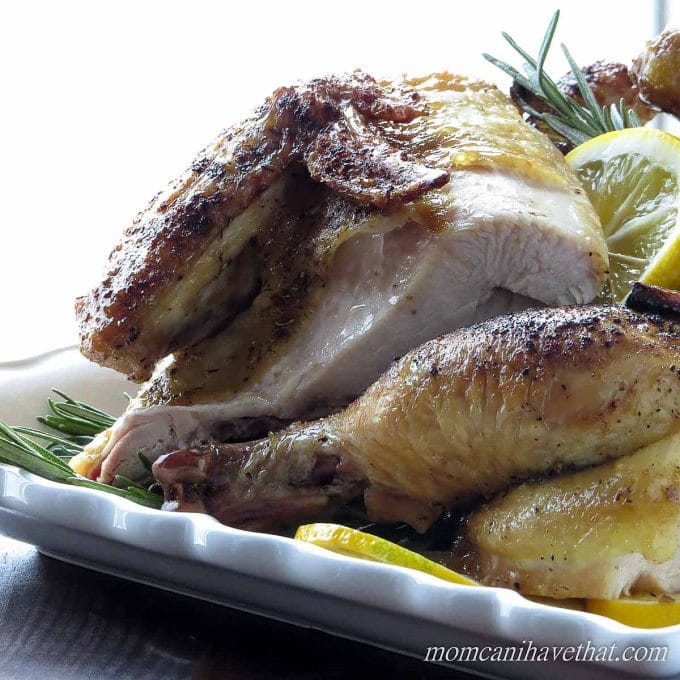 I usually shy away from buying half chickens because they make me feel bad. I know. I’m nuts, but it’s true. There is something a little sad about a half chicken’s little wing and leg.

But despite the feelings of sadness I experience when I see a half chicken, I have been buying them lately because the prices have been pretty great. In fact, I have decided that roasting a half chicken is my favorite way to roast a chicken. I seldom buy the whole chicken anymore, I just purchase two halves. I think they cook more evenly anyway.

When I get half chickens at the store, they are pre-seasoned. I always wash them off and season them myself. I season my half chickens one of three different ways:

After seasoning my chicken, I pre-heat my oven to 350. Then, I heat up my cast iron skillet, and laying the half chicken wing and leg side down, I brown it 6-7 minutes per side. 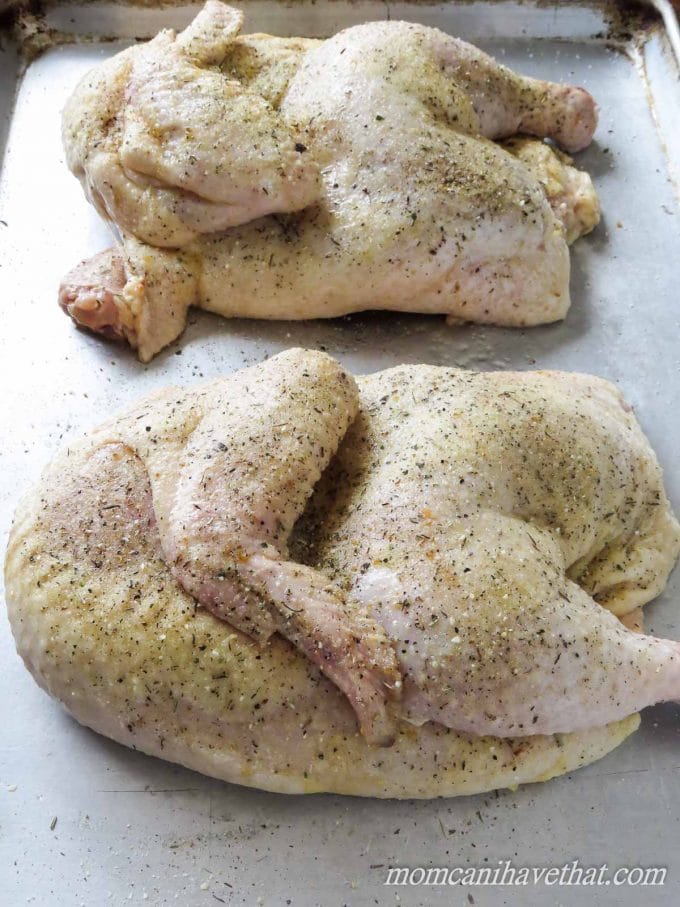 Here’s something I learned in a cooking program I attended for a year: 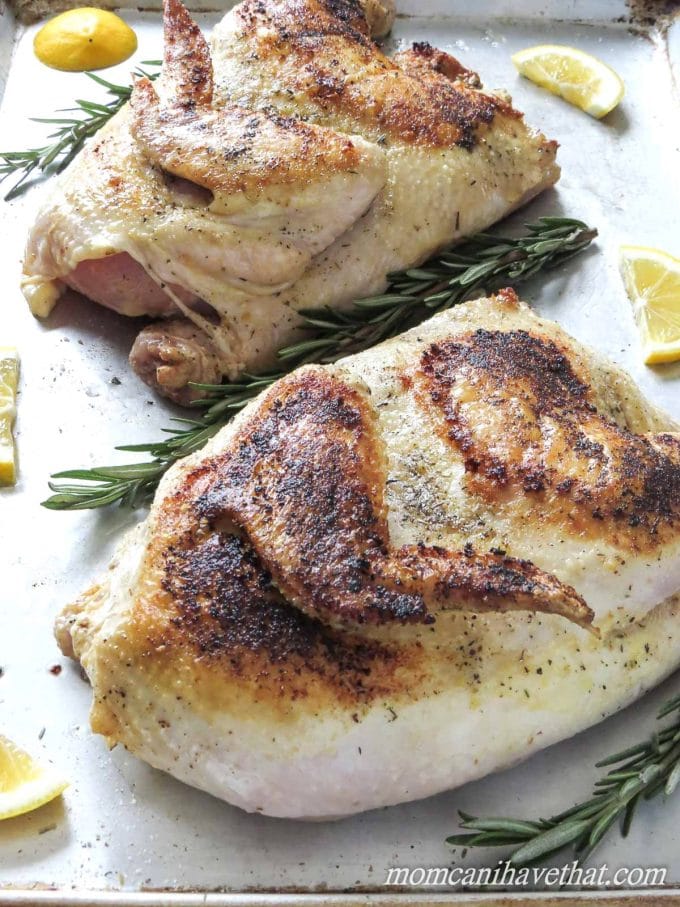 You could serve the half chicken whole and carve it at the table, but I much prefer to get my big old chef’s knife out and cut it right down the middle – between the leg and wing – cutting right through the bone. It’s not hard to do, you just need to get your weight above the blade and give it good thrust downward with one hand on top of the back of the blade to hold it stable. 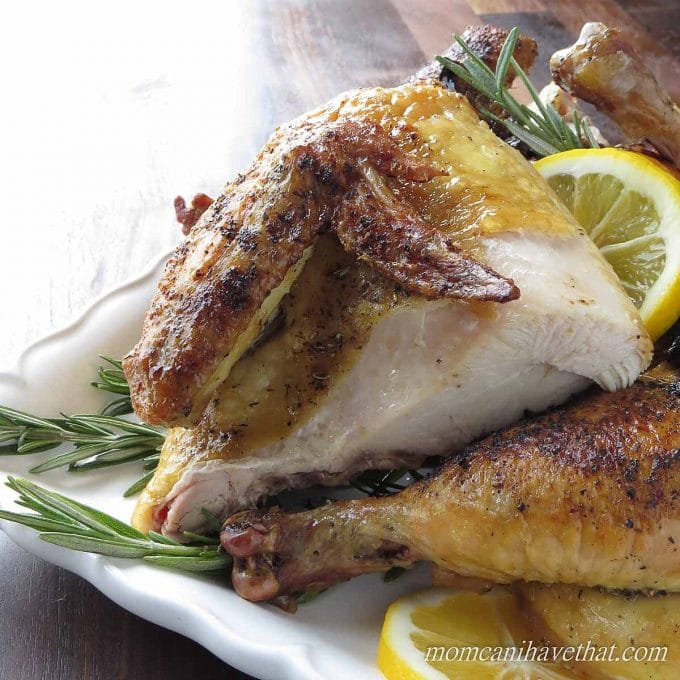 The chicken can be cut up into smaller pieces. From here, it’s pretty easy to find the joints and cut them apart to separate into wing, legs, thighs and breasts – real easy. And this is partly why roasting a half chicken is my new favorite way to cook a whole chicken. It’s less messy, it cooks more evenly, it’s nice and juicy, it’s easier to cut and serve, and the flavor is amazing.

Have I convinced you? 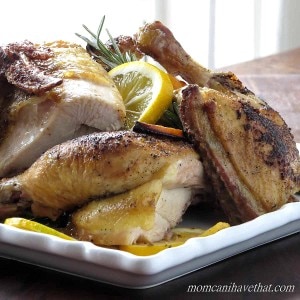 Roasting a Half Chicken