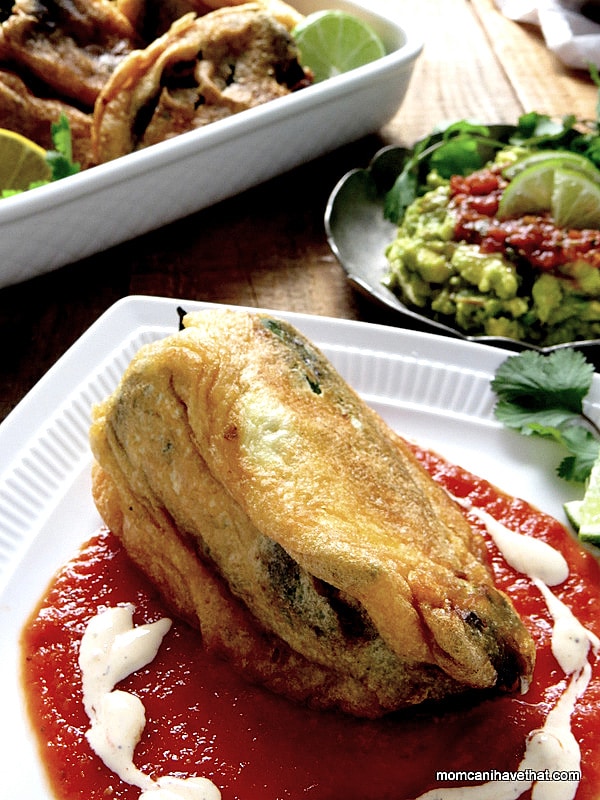 If you want to have something truly spectacular then you need to make these low carb Chorizo Chile Rellenos.

My husband’s favorite food is anything ending in “xican” but with high carbohydrate sides like beans, rice, tortillas and chips – going out for Mexican food is something we just don’t do. Which is so sad because, we live in Southern California where there are so many really good Mexican restaurants.

By the way, I have a recipe for homemade chorizo which I think is really great. Let’s face it, we don’t always know what goes into the food we buy at the store. Making it yourself ensures that you control what goes into it. Which ever chorizo you decide to use, store bought or homemade, either are perfect for this recipe. 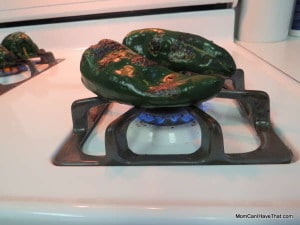 Charring the tough outter skin of the poblano peppers.

Poblano peppers peeled and stuffed with chorizo and cheese. The one on the right has the dairy-free cheese. 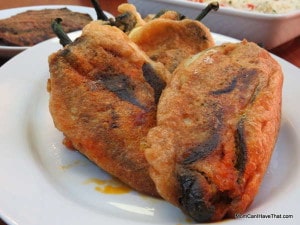 Chiles Rellenos after being battered and pan fried. They appear darker in the photo.

At first I was a little concerned that the preparation of this Chile Rellenos would be a little ambitious, but as it turned out it was very do-able. I was able to do some of the work in stages so that I didn’t have to do it all at once. Also, the sauce can begin to cook down as the peppers char. They don’t need to much baby sitting, so the chorizo can also be cooked in another pan and it just takes minutes. I usually do mine earlier so it’s ready to go.

I suggest charring and peeling the poblano peppers and cooking the sausage the day before, then finishing the preparation closer to dinner time. I think you are going to feel that the little bit of extra work that goes into these low carb Chorizo Chile Rellenos is well worth it.

Would you like to make your own chorizo? Use this recipe: Homemade, Fresh Chorizo. It’s easy to make and you can sub turkey or ground beef instead of the sausage! It also makes the easiest and best low carb skillet chili! 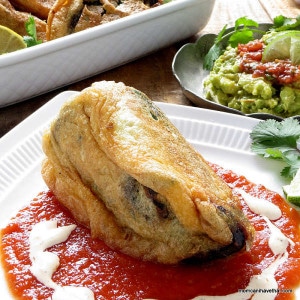 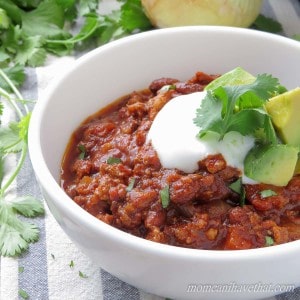